The current state of everything

First of all, thank you very much for Frogatto. I’ve been following this project for a very long time now, probably since the very beginning.

Please forgive my ignorance, as I have two very simple questions that may have been asked and answered countless times. This post aims to gather all information into one single point.
And for the skeptical among you, theses are genuine questions, for which I do not have the answer.

1/ What is the state of Frogatto?
I know Frogatto is going into a major overhaul since version 1.3. But the last news on the official website is a year old, I don’t understand what is the road map for Frogatto 1.4/2.0, and what is the current state of development (active? dormant? struggling?).

2/ What is the state of the Anura engine?
While the Anura engine looks very impressive, I don’t know where is development heading.
Is it considered complete? Or mostly complete?
Is the documentation considered finished, mostly complete and/or up-to-date?
Is there a solid tutorial available for newcomers to learn how to make their own platformer from scratch?
I’ve never heard of another Anura-based video game asides from Frogatto, but I’m very ignorant of the video game scene.

Best regards to all the team! Keep on your excellent work!

Hey, thanks for being polite - it makes stuff like this so much nicer and easier to judge if you’re earnest rather than trolling (poe’s law and all).

Basically we’re working like crazy on this, and personally I tend to neglect “formal” PR on the website and so on because ultimately all of that is completely worthless if the actual game doesn’t get done. We’ve all got day jobs, so the going is pretty slow, but it’s a very serious hobby that I put in at least an hour or two on every night, and have done so for the last several years (it ebbs and flows, but broadly speaking we’ve been consistently trucking forward on it without any real hiatuses).

One major thing to note is that all work we cumulatively do is publicly visible on the following source-code websites, so you don’t have to take my word at the fact that we’re getting things done: 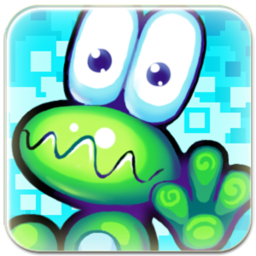 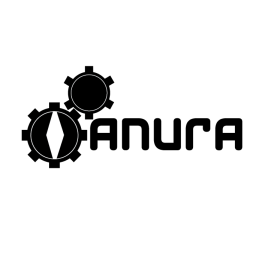 Anura is rather fully-featured, and our FFL programming language (which you use to make games inside it) is pretty nice at this point, (personally I think it’s the best thing since sliced bread, but I’m sure our lead engine dev would be more humble about it). Anura doesn’t have a “roadmap”; we basically build it to suit our needs, and by using multiple, real videogames to ‘prove’ it in the real world, it ends up being quite useful in practice.

Our documentation is fairly comprehensive, but unfortunately is pretty tough for a newcomer to get into. That’s something I’d like to work on after frogatto gets finished.

Anura is being used to run at least one other major game, Argentum Age, which part of our team is also working on (not me, who’s helming frogatto and doing frogatto’s art, but our lead engine developer, is driving this).
http://argentumage.com/

Anyways, as for frogatto, we’ve had a loose, but reasonably coherent roadmap for the pending release:

We’re quite a ways out from release, frankly, just because any sort of optimistic estimate on software timelines always goes sour. However, the fact that the list of major items is mostly checked off is heartening.